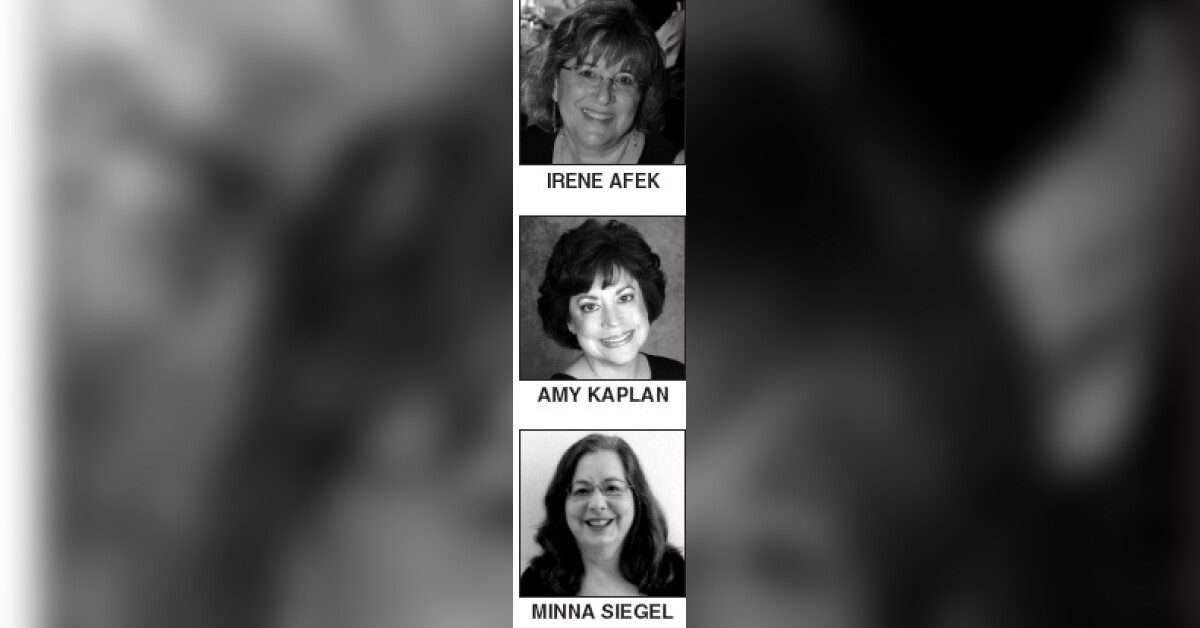 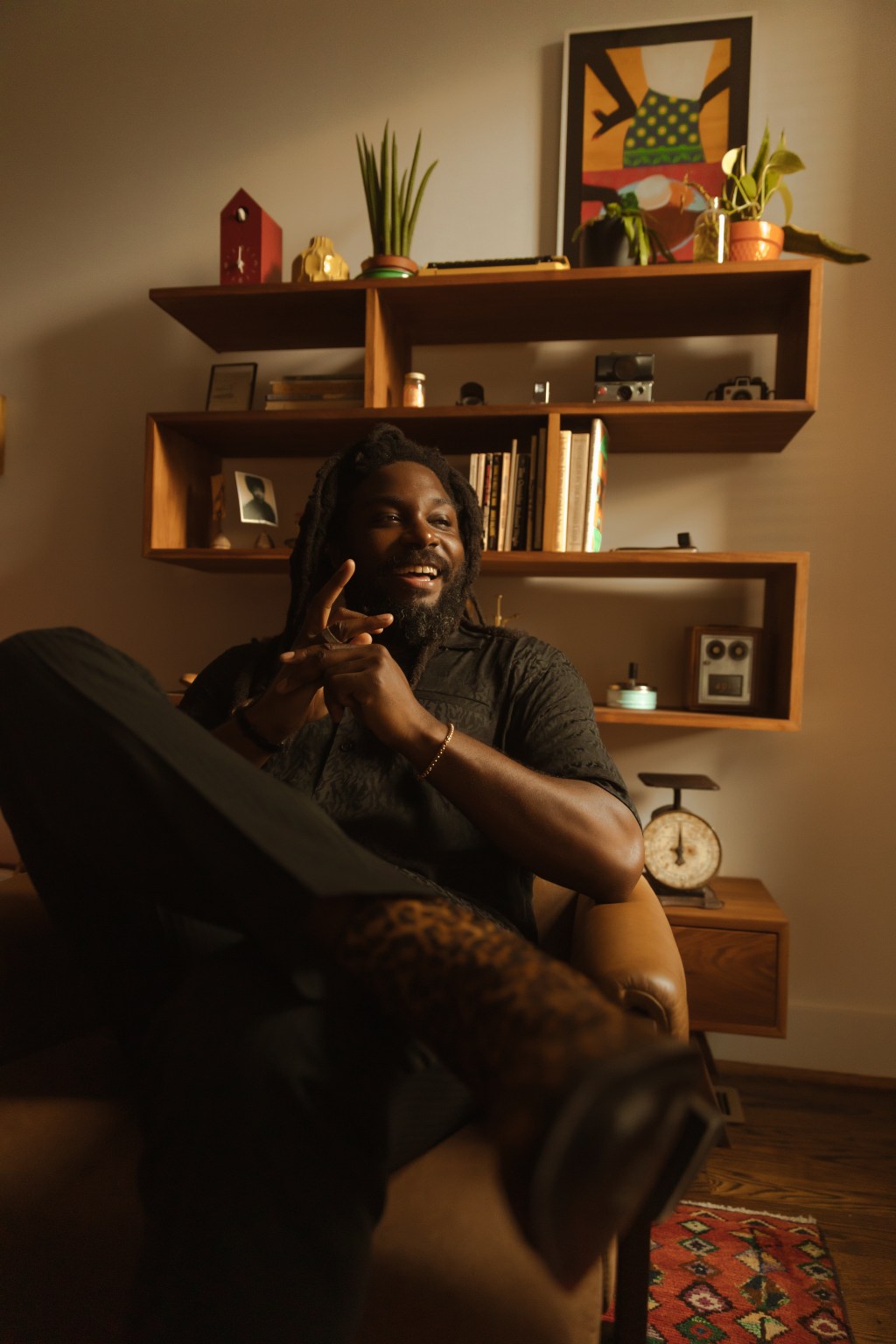 Who is at the top of your wishlist? I bet it’s the kids. So here’s a roundup of picture books that mix text and illustrations in a way the little ones will appreciate. No need to remind you why books are such a great gift, but we’ll do it anyway. Books don’t break, they don’t need batteries, they’re not forgotten a week later, they teach and make people laugh, and some will be treasured to be given to the next generation. Don’t forget to write a little note inside of it.

It’s not exactly a Christmas book, but mittens are often a holiday gift, so we’ll include the author of St. Paul Salas in this section. In this delightful book, half “how to” and half story, a girl shows us the 18 steps to create mittens, to keep her friend, Mouton, warm during the winter, then to give Mouton “… a cut. clean and complete. “The girl cleans and cards the fleece and yarn thread, dyes it and learns to knit, always with Sheep by her side, creating havoc. In the end, the girl has bright yellow mittens and Sheep has a sunny yellow hat. Funny and interesting, he’s a winner.

Fans of Jan Brett will not be disappointed with his magnificent retelling of ETA Hoffmann’s 1816 story of a girl on the verge of becoming a woman and her dream of being a prince. Brett, who loves snow-covered landscapes, tells the story in 19th-century Russia, with animal musicians, hedgehogs dancing the flowers and Mary riding a sleigh pulled by reindeer musicians. As in all of his books, Brett fills every page with illustrations so rich and detailed that it will take hours of bedtime fun to identify each creature. This may be his best yet.

“The tallest of the little boys” by CNN presenter Poppy Harlow, illustrated by Ramona Kaulitzki (Viking, $ 17.99)

In her picture book debut, Minnesota-born Harlow introduces us to a little boy who feels small in the big city. He loves big things, and he especially wants a big, big Christmas tree. When his parents take him to the tree park (white daddy, black mom), he stumbles on a small, skinny tree with few branches. “Luca smiled at the tree. And the tree / seemed to smile back… You see, Luca had been so busy / looking up that he had missed the / special things right in front of him. Special came in all sizes. Kaulitzki’s illustrations capture the energy of city life, and Lucas, with his oversized glasses, is endearing. There is also a smiling spaniel on almost every page who goes unrecognized, but is clearly the boy’s best friend.

“The story of the Christmas tree” by Danny Mishek, illustrated by Megan Shumway (Mill City Press, $ 20.99)

This story about choosing and decorating a Christmas tree is the COVID-19 project of the author of Little Canada, after dropping out of social media for 31 days as a New Year’s resolution. Told in rhyme, it traces the families’ experiences with a tree, from going to the lot (or opening the box), to taking out beloved decorations and decorating the tree with an angel or a star. This story will resonate with toddlers old enough to remember Christmas past and the magic of finally turning on the lights on the tree: “The tree in the window or the corner of the room / Can fill a full heart, everything the body consumed. / Fancy or mismatched, whatever it is / Or Grandma Elva’s charming Charlie Brown tree.

LaVelle Carlson, speech-language pathologist, lives in Texas. Her husband, whose roots are in Norway, grew up in Minneapolis. She says she wrote this thin soft cover as a tribute to her daughters, who lived in Norway and worshiped the Christmas troll. Carlson reinvents the legend of the Norwegian Christmas troll, Jule Nissen, who traditionally feeds animals at Christmas. The original Jule Nissen, who steals porridge from the family, farts so hard on leaving that he wakes up mom and dad and spills the porridge on the floor. The next morning, the parents see four-finger footprints in the snow and know that Jule Nissen was there to bring food to the animals. “The farmer’s wife was happy that the animals were happy. She decided that next year at Christmas (and every Christmas forever) she would make an extra pot of rice porridge for the Jule Nissen. That is why, to this day, Norwegian families eat porridge on Christmas with an almond in the bowl. If you are lucky enough to get the nut, you win a prize. (For more information on purchasing, visit: slpstorytellers.com).

David Ezra Stein won the Caldecott Honor for “Interrupting Chicken”. Now he’s back with the little red chicken, who wakes up with cookies on his brain, and his dad, who just wants to go back to sleep. The little guy entertains himself with nursery rhymes, which all lead back to cookies, of which There was an old woman, who, he asks, “Why do you live in a shoe?” Isn’t it smelly? She replies, “Not when I bake cookies.” This long, wacky story makes a perfect bedtime read. It’s not a Christmas book, but the chicken and his dad are wearing red hats like Santa’s, so we’re going to consider this a holiday story.

OTHERS BY MINNESOTA WRITERS / ILLUSTRATORS

Yvonne Pearson, who lives in Minneapolis, has written over a dozen children’s books and is a published poet. “Little Loon…” is one of the finest books of the season, a mix of text and illustrations that tells the story of a Little Loon who is protected by his mother while the loud, loud call of his father is heard on the other side of the lake. Little Loon eats the dragonflies his father brings him, and eventually the baby grows up and his call is as strong as his father’s. The clean illustrations showing the loons family are precise and charming, as is the story. An information page at the end of the book explains these haunting loons calls and gives some facts about loons, such as eagles posing a threat to baby loons (which is in the story). Children who have spent time “up north” will recognize the frightening cry of one of our favorite birds.

These Minnesota partners won the American Library Association’s Geisel Award for their previous book, “See the Cat: Three Stories About a Dog.” Now they are back with the roles reversed. The dog is sick, so he asks the cat to take his place in the book. Things are not going well for Cat. In the first story, the cat is supposed to dig a hole, like dogs do, but he doesn’t want to get his fur dirty. In the second story, he is supposed to swim across the lake, when he imagines he is freezing, drowning and being eaten by a shark, only to find he is in a small puddle of water. ‘water. In the third story, he frantically tries to save a sheep from a wolf until he realizes the dog has recovered. “Hello book,” the dog said. And the cat leaves to take a well-deserved rest. These books are meta-fiction, in which the book becomes a character and the characters can control the action. But toddlers don’t need to know all of this critical stuff. They will love a funny story with looping illustrations.

First published in 1996, there is mystery, magic and a bit of environmentalism in this story of a grandmother who is a healer and jumps a porpoise on her way to Greenland. Her puzzled family, including a granddaughter and grandson, are puzzled when one of grandma’s bird nest collections contains three hatching eggs. To everyone’s surprise, the chicks are carrier pigeons, thought to be extinct since the last one died in a zoo in 1914. The ornithologist the family calls says it’s “impossible” at the moment. , there are three baby carrier pigeons chirping under the care of their mothers. The family is under siege by the press and others excited by the reappearance of these birds. When the chicks are big enough to leave, their eyes are dull and they look sad in captivity. Father says they should be released and they are, although some people have said they should be kept to study. The children put messages on the birds’ wings and later one of them returns with a message from Grandma, telling them that she would be home soon and that she was delayed because ” I had to change porpoises three times and catch a whale ”. How funny.

Matsuo Basho, the first great Haiku poet, gave up his comfortable existence in the city to make five famous journeys through 17th-century Japan. Author Ng, poet and digital artist as well as former Google software engineer, writes this biography of Basho entirely in Haiku. His other books include “Haiku Diem 1”, a collection of the best haikus from the first year of his daily haiku writing, illustrated with his own digital art. Ng writes that Basho is credited with turning haiku into a serious poetic genre. He elevated haiku, which was more of a literary salon game, into a legitimate stand-alone poem that could be written purely for the love of art. For older children who are curious about writing and other cultures, this would be a good start with the help of parents and teachers.

In this slim paperback from a Christian publisher, The Creator attributes four stones to the little Chip and Peep birds, representing joy, hope, strength / determination / courage and love. Each is a different color. When Chip breathes his last, the creatures of the forest discover the love of the Creator. Beautiful illustrations are on the left pages, with text on the right. The author lives in Prescott, Wisconsin, close enough to be an honorary Minnesotan.

Fiona is a fiery flamingo who can stand on one leg, twirl like a ballerina, wears pink and never blue. “Can you?” asks the rhyming text. The author, who lives in St. Paul, hopes this is the start of a series in which Fiona wakes up in a new place in each new book.

“What? I am a dog?” by Mary Clare Lockman, illustrated by Brittany Stafford (Self-published, $ 8.95)

Maxx doesn’t know he’s a dog because he’s loved so much by his family. He has a special place to eat, a bed to curl up in. When he is with his children, he is vigilant, preventing them from being stung by a bee and saving a child from a sled accident. It is so wonderful that the children give him a trophy for being the biggest dog in the world. The illustrations capture Maxx’s enthusiasm for life, jumping, running, being a dog. (To order, email: [email protected])

Previous Chuck Avery: Learning From Bad Books
Next How To Find Your Next Favorite Read With The Books We Love From NPR