How 80 years ago, Jewish teenagers rescued holy books from the Kaunas ghetto

Before Jews in Lithuania’s Kaunas ghetto took up arms to resist the Nazis, teens in the community helped save Torah scrolls and other books in response to the so-called ‘Book Aktion’ Germans.

At the end of February 1942, the Nazis ordered the Jew of Kaunas — or Kovno, in Yiddish — to hand over all the books in their possession. Torah scrolls and other religious texts were to be set aside for the future “museum of the destroyed Jewish race” in Germany, while secular literature would be recycled into paper.

“The Germans confiscated a lot of books, around 100,000, but a lot of books were hidden,” historian Samuel Kassow, an expert on the Jewish resistance in the Kaunas ghetto, told The Times of Israel.

By all accounts, teenagers were at the forefront of hiding and smuggling books. Some teenagers were already doing suitable work for rescuing books, like pushing supply carts in and out of the ghetto.

“A lot of youth movements have hidden books, including burying books in the ground,” Kassow said.

Author of “The Clandestine History of the Kovno Jewish Ghetto Police” in 2014, Kassow said confiscating the books was a tool to eliminate Jewish cultural and spiritual life in the ghetto. In addition to saving books, some Jewish teachers ran an underground school in defiance of the ban on education.

A group of brave teenagers smuggle 1,000 “secular” books into a makeshift library of stolen books at the ghetto’s assembly point. Soon at least one teacher associated with the ephemeral library would pay the ultimate price for violating the German edicts.

At the age of 14, in the Kaunas ghetto, Yitzchak Elhanan Gibraltar took part in the clandestine community response to the “Books Aktion”.

After the publication of the German order, the rabbis of Kaunas fiercely debated what to do with the community’s holy books. Some rabbis concluded that it was best to keep their ovens on at all times, in order to destroy the books lest they fall into German hands. 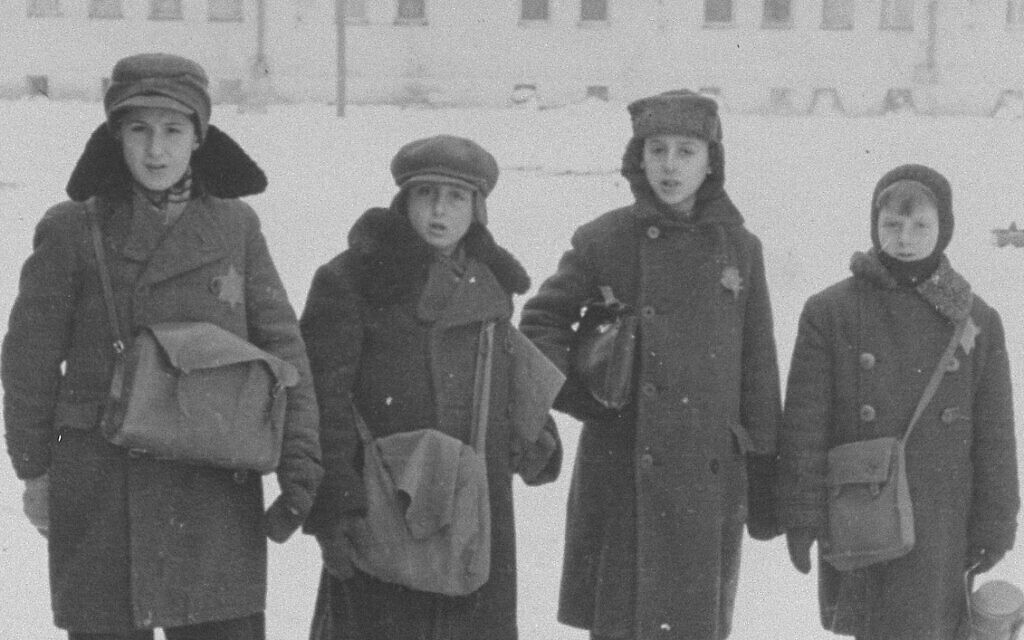 Gibraltar, whose ancestors came to Lithuania after the Spanish Inquisition, worked as a courier for the Jewish Council. He was tasked with pushing a cart around the ghetto and collecting books, a task that allowed him to save a Torah by hiding the scroll in his cart.

“I started moving forward with the cart full of sand and I ran, I pushed,” Gibraltar said in post-war filmed testimony. “I was sweating and pushing and my heart was beating like a tractor, the terror. [But] the Torah was hidden despite the treatment of death,” said the Holocaust survivor, who became a rabbi after the war.

Before the war, Gibraltar was a student at the legendary Slobodka yeshiva, where he learned that “the behavior of a yeshiva boy is supposed to always sanctify the name of God”. 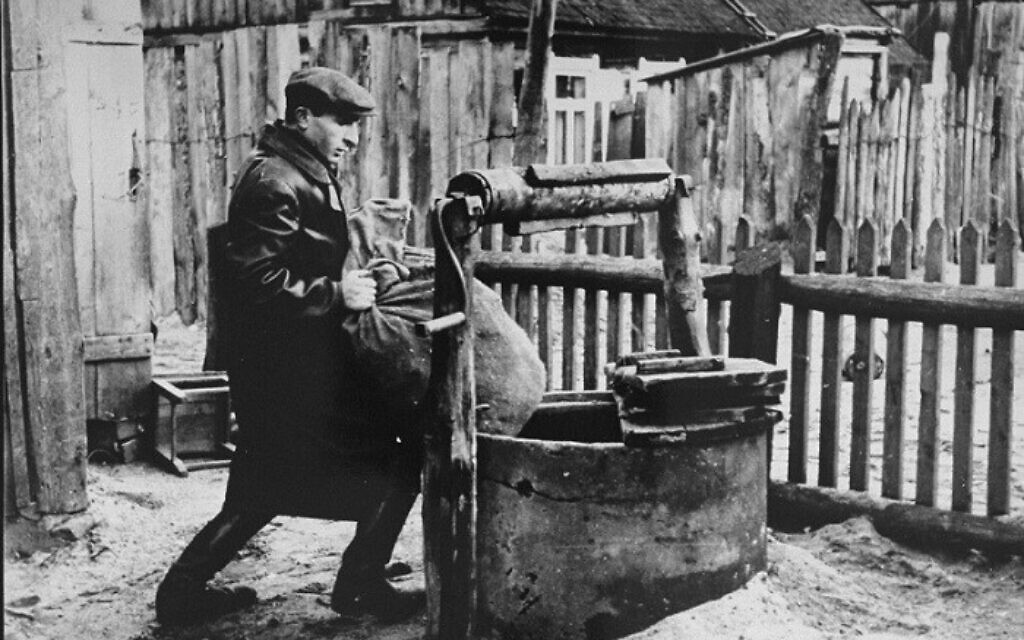 After the community’s books were delivered to German authorities, ghetto inmates fluent in Hebrew were deployed to sort through the treasure.

“Jewish [holy] the books were to be given to the personnel of ‘Operation Rosenberg’ – the Nazi theft of cultural treasures from the Jews – so that they could be sorted pending shipment to Germany,” according to the Yad Vashem website. . “Valuable books were packed up and sent to Germany, while the rest was sent to be made into paper.”

Some of the holy books buried in the Kaunas ghetto in 1942 were recovered after the war, along with other buried caches of diaries, photos and documents. These sources have helped historians trace the evolution of the ghetto resistance movement, which only “unified” in 1943. 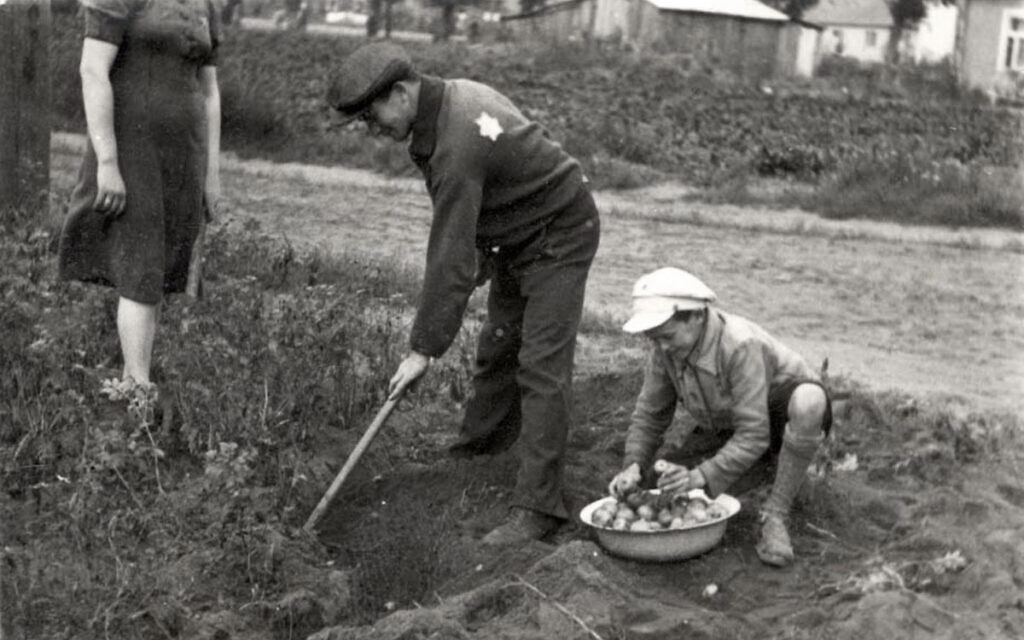 Not all efforts to save books that winter were aimed at Torah scrolls and Talmudic texts. For example, 14-year-old columnist Solly Ganor wrote about hiding up to 1,000 “secular” books in an “abandoned house on the outskirts of the ghetto, which was off-limits”.

Among the books collected by Ganor and his friends were texts in Yiddish, Hebrew, Lithuanian, Russian, French, German and English. According to Ganor, her affinity for the printed page was tied to the observation that her mother derived solace from books after the death of Ganor’s brother, Herman. 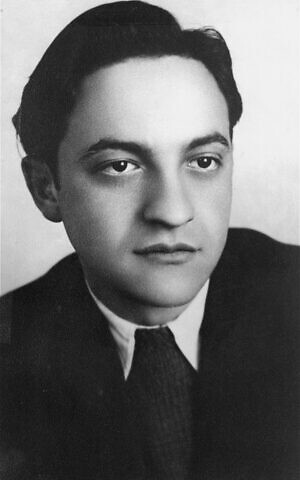 “I became obsessed. I wanted more books for our library. It was a risky business, but life wasn’t worth living without books,” wrote Ganor, who called his collection “the Babel of Eastern European Jewry.

Working in the building where ghetto inmates kept their books, Ganor and several friends managed to leaf through hundreds of volumes. The teenagers were “avid readers” who each read a book a day, Ganor wrote.

“Some of the books were hard to understand, but we quickly got used to the classics. I think I got my education from those books,” Ganor wrote.

Ganor received a different kind of education that winter after smuggling a Hebrew math textbook into the ghetto for his carpentry teacher, Mr. Edelstein. Like many other single men in the ghetto, Edelstein had “adopted” a fatherless family and traded clothes to provide them with food, Ganor wrote.

“[My teacher] was so thrilled he gave me a big hug,” Ganor wrote. “This afternoon after school, I ran into him at the door, where I heard the Lithuanian guard shouting, ‘What did you hide there, Jewish boy. A book? I can shoot you for that!”

As he left, Ganor heard an SS officer approaching his teacher and the guard. After beating Edelstein, the German officer shot him – for possessing a contraband geometry book. 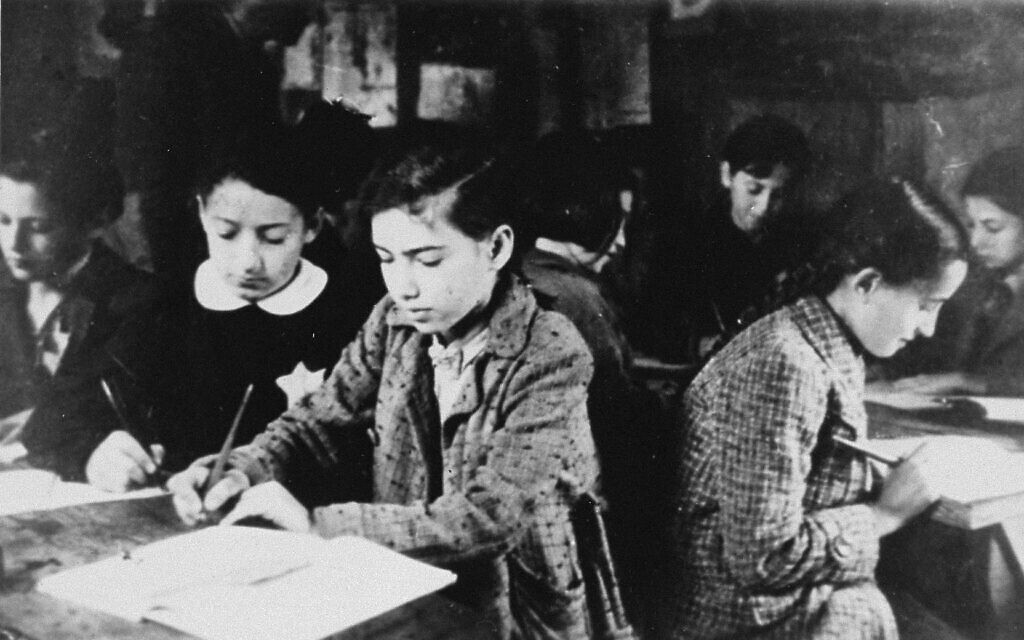 “[Edelstein] was buried in the ghetto cemetery, but funerals and all religious practices were prohibited,” Ganor writes. At the grave, the chronicler observed the adoptive family of the teacher in a state of inconsolable grief.

“I stood there stunned, unable to utter a sound; I felt his death was my fault,” Ganor wrote. “The next day we said Kaddish for Mr. Edelstein at his unmarked grave.”

April showers brought May flowers, and Ready Readers invites you to look beyond the flowers …